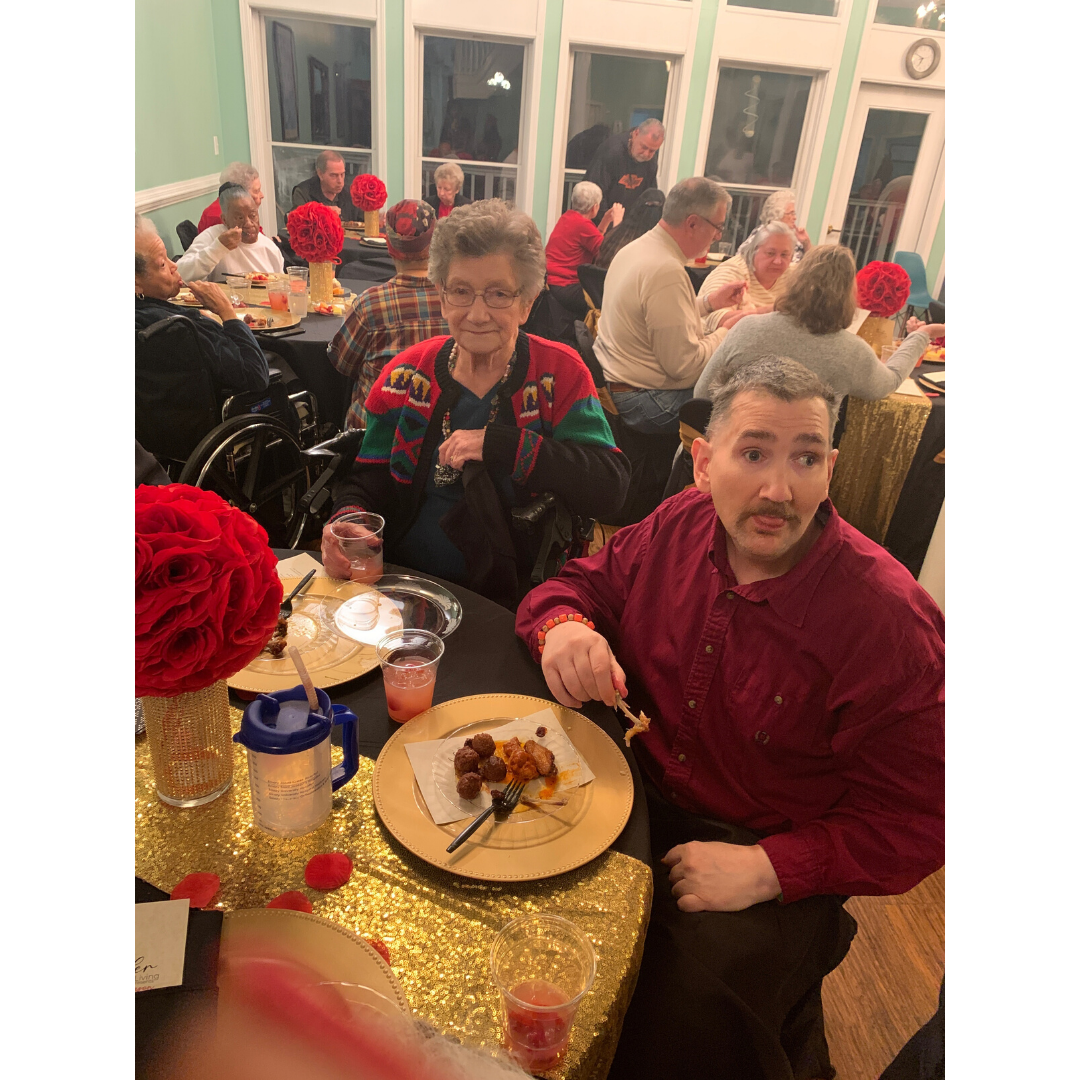 I could write a novel about my experiences with my mother and brother—whatever you’re facing, I have likely been through it. After learning how to prepare and react, I’m able to laugh at most of it now. So when it comes to your family, I know I don’t know everything, but you’d be surprised at how many times I have been there and done that.

I’ve been through a lot with my mom, and put everything in the past. I learned to accept her for who she is and do what I needed to do as her daughter, her power of attorney and as the executor of her will. I’m in a much better place as a person, but it’s been tough! Soon after the incident with her car, my mother started having health issues, which really made me think—she totaled her car, was in the hospital, and needed a change. I started digging into it and was frustrated. Looking back, I realize I went through so much of what a typical person would go through in my shoes and kept saying to myself, ‘this isn’t the way it should be.’

When I decided to put my mother and brother in assisted living, I had five facility tours lined up, so I booked a flight down to Atlanta, saw those five places, rented a car, drove up to South Carolina, sat down with my mom, went through everything legal and started the process. I learned all about the legal side, the financial side, the medical aspects, all about V.A. benefits—you name it, I looked into it. I compare the process to peeling an onion; when I got through one stage, it was like, ‘ohh my gosh that was a lot,’ and then there was another. When most people get to that point, fear sets in, because it seems like there is always another hurdle. I had to cancel utilities, pay off all kinds of debt that I didn’t previously know about, sell my mother’s house…and then for my brother, I had to sell the trailer he was living in and go through his belongings—I saw some of the most private, personal aspects of his life. And with the mental state he was in, he kept telling me to check different places because he was convinced he’d hidden things of value, so my husband, son and I spent a lot of time looking for things that weren’t there.

My brother was a collector of anything and everything Star Wars—he had things like a signed painting of Princess Leia from Carrie Fischer—and before Comic Con was a big deal, he was going to it and collecting memorabilia, so he was most concerned with his belongings. I took them from his trailer and his collectibles alone literally filled half a room in the house—the things you do for those you love, right?! For the people who bought his trailer, it was their very first home, which is another story. For me, it was being able to take care of all those things and know I was doing right by my mother and brother. It meant more to him than anything to have his toys and trinkets, because they’re all he has in life. My mom, on the other hand, is a lot like I am – she’s not materialistic, she’s about being able to move on, so I had to understand their differing perspectives when making decisions. If I was pressuring either of them to change their mind or getting upset about what they  thought was important, it would have made the situation worse. I realized very early on in the process that it wasn’t about me—it was about listening to them and what they wanted.

But there were rewarding moments of calm that kept me going. One was this HGTV moment before I left that I’ll never forget. I had packed them up, moved them down with whatever I could fit in the rental car, got them moved in, went to a consignment shop to get them furniture, got it delivered, put it together—towels, sheets, pictures on the walls, every item you could possibly think of. I got them used to being around new people, eating meals together, having people manage their medicine; effectively getting them comfortable with the new normal. It was overwhelming, but in the end it felt so good. I took a step back after putting my mom’s room together and everything was just right, I felt happy with leaving her there. To this day, her facility still choses her room to show on the tours, and I know she’s proud of that. I am too.

They both started off in assisted living, and my brother was doing great, but about 18 months in he started slipping mentally and made a major escape from the facility. He threw all of his clothes and belongings out the window, jumped out after them and took off, because he believed he was told they were going to kick him out. He had fallen quite a ways and they found him hiding under something in the woods, so they took him to the hospital. The executive director said they couldn’t take him back because he needed to be secured, and at the time their memory care was all women, so having a young male with these 80 and 90-year-old women was not a good fit. The hospital basically called me on a Friday said I had to get him the next day or he’d be released to a homeless shelter. I told them I lived in Wisconsin and they gave me until Sunday, so after that tough call I found a new place in a hurry. It was beautiful and it was a 100 percent memory care facility, but it cost my mom an arm and a leg. Then we had problems where they mismanaged his medicine, he fell multiple times and had gouges on him, and I had to hire a caretaker at the price of $25 an hour to do little things like replace the glasses that the facility lost and get him clothes. The caretaker was sending me pictures and said something wasn’t right with that place, so I knew I had to look into it further and find a better option. The executive director from his former facility visited him and called me worried, saying I had to get him out of there. She said they’d take him back because she couldn’t stand seeing him like that. He was almost dead.

After two weeks in the intensive care unit of the hospital I moved him into memory care back in the facility where he started with my mom. My brother would have died if he had stayed in the other facility; if I hadn’t intervened with the help of his caregiver and original executive director. He’s gotten much better and is doing great in the memory care at the first facility, but we’ve had a lot of elopement issues. He’s very intelligent, so he’ll figure out the code and escape, or convince a new staff member to give him a little freedom, and then he’s off. It’s hard when I’m so far away because I feel powerless, so I really need to trust the place and the people—I need someone to be an advocate for me. That is what I want to do for you; I want to be that person who is looking out for you and your loved one. Because I’ve been in your shoes—I can relate to what you are experiencing, I care deeply, and I know where and how to look to offer the most ideal solution.